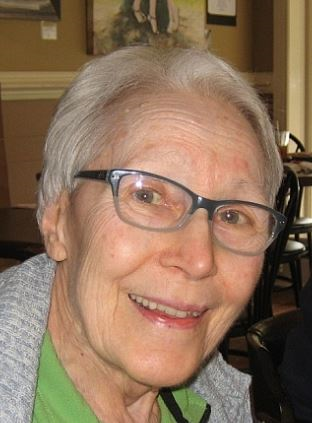 Please share a memory of June to include in a keepsake book for family and friends.
View Tribute Book

In adherence with June's wishes there will be no public viewing. Instead, a small private memorial service will take place at the Summerfield United Methodist Church cemetery, 68 Summerfield Road, Belvidere, NJ.

June was born on June 6th, 1930 in Orange, NJ to the late William and Mildred Kuenstner (her birth month is where she derived her name from).

She attended Columbia high school in Maplewood, NJ, graduating in 1948. June worked in various fields, including as a lifeguard at Parks Lake in Rockaway, NJ and as a bookkeeper at Salney Brothers in Morristown, NJ. She went to night school and ultimately earned her Certified Public Accountant degree from County College of Morris in Randolph, NJ. After graduation June worked for many years as a CPA with a NYC firm. Mrs. Kling was active in her church community, participating in bible study and volunteering at charitable events.

In lieu of flowers contributions can be made in June's memory to the American Heart Association, 7272 Greenville Avenue, Dallas TX 75231.

To plant a beautiful memorial tree in memory of June Kling, please visit our Tree Store

Share Your Memory of
June
Upload Your Memory View All Memories
Be the first to upload a memory!
Share A Memory
Plant a Tree