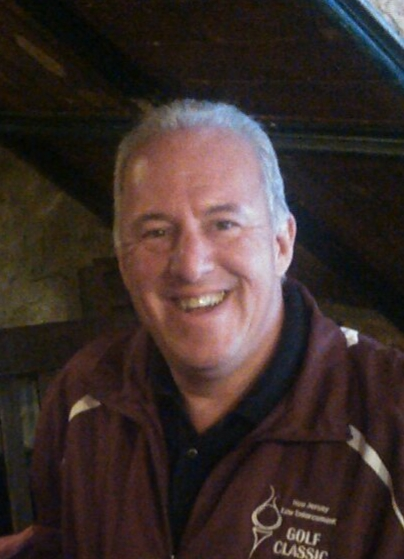 Please share a memory of Stephen to include in a keepsake book for family and friends.
View Tribute Book
Stephen Joseph Matuszek, 56, of Great Meadows, NJ, passed away peacefully on Monday, September 3, 2018. Visitation will be held 3:00 to 8:00 PM, Friday, September 7, 2018 at Mountain Lake Fire House, 99 Tamarack Road, Belvidere (Liberty Township), NJ. A Mass of Christian burial will be held 11:00 AM Saturday, September 8, 2018 at Sts Peter and Paul R.C. Church, 360 Rt. 46, Great Meadows, NJ. Burial will follow at Pequest Union Cemetery, Great Meadows, NJ. Steve was raised in East Newark, NJ. He attended Queen of Peace High School and later received a degree in History at St. Peter's College and a Master's degree in Education from Seton Hall University. Steve began his career in law enforcement in 1984 as a patrolman for the East Newark Police Department. He later worked as a detective for the Hudson County Prosecutor's Office. After moving to Great Meadows in 1994, he continued as a detective for the Warren County Prosecutor's Office from which he retired. He also worked as Deputy Director of the Warren County Fire Academy, an instructor at Warren County Community College and Warren County Technical School, and funeral director assistant at MacFadden Funeral Home. Over the years Steve was an active member of the community. He was an Ex-Chief for Mountain Lake Fire Department, a Captain for the Warren County HAZMAT Team, and a member of Independence First Aid Squad. He was also extremely involved in the NJ Law Enforcement Torch Run and Special Olympics NJ. He belonged to the Police Benevolence Association of NJ, the Italian-American Police Society, NJ International Association of Arson Investigators, the Sons of the American Legion, and the Knights of Columbus (Harrison, Great Meadows, and Hackettstown), where he had served as Past Grand Knight, District Deputy and a member of the Fourth Degree Color Corps. He was predeceased by his parents, Stanley and Rita; his sisters, Andrea and Christine. Surviving are his loving wife, Lori; two beloved children, Katherine and Joseph; brother, Walter Matuszek; sisters, Barbara Marchitto and Joan Southard; 12 nieces and nephews; cousins. Online condolences may be sent to www.MacFaddenFuneralHome.com In lieu of flowers, contributions are requested to be made in Stephen's memory to Special Olympics of New Jersey, Mt. Lake Fire Company, or Independence First Aid Squad.
To send flowers to the family or plant a tree in memory of Stephen Matuszek, please visit Tribute Store
Friday
7
September

Share Your Memory of
Stephen
Upload Your Memory View All Memories
Be the first to upload a memory!
Share A Memory
Send Flowers
Plant a Tree