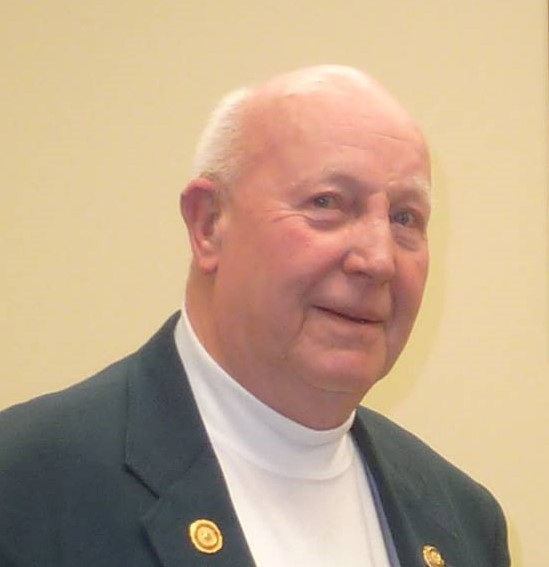 Obituary of John A. Inscho

Please share a memory of John to include in a keepsake book for family and friends.
View Tribute Book
John A. "Red" Inscho, 85, died peacefully at his home in Mountain Lake, Liberty Township on Friday, October 18. Red was born June 7, 1934 in Phillipsburg, the son of Russell J. Inscho and Blanche G. Able. He graduated Phillipsburg High School in 1962 and spent four years in the US Navy serving on the USS Maurice J. Manuel. He was a self-employed plumbing and heating technician for many years, and served as Superintendent of Buildings and Grounds for Belvidere School District before retiring in 1998. As a teenager in 1949, he was a part of the founding of the Mountain Lake Fire Company, under the tutelage of the Buckenmyer family. A life-member, he served in many positions with the Fire Company, including Chief from 1965-1970 and a member of the Fire Police unit. He was a member and Past President of the Warren County Fire Chief's Association and a life member of the NJ State Firemen's Association. The Jersey Hose Company Fire Company of Phillipsburg honored him with life membership after many years of dedicated fire service. Red was a 64-year member of the Warren Lodge #13 F&AM in Belvidere, earning his Master Mason degree at the age of 21. He was a proud recipient of the Distinguished White Apron. He joined the Warren County Tall Cedars of Lebanon in 1956, served as Grand Tall Cedar in 1972 and many years as Trustee. He devoted many hours to raising funds for Muscular Dystrophy Association. He was also a member of the Easton Lodge #152. He was a long-time member and Past Vice Commander of the American Legion Post #131 in Belvidere. He enjoyed the camaraderie of his fellow veterans and was a proud participant in many parades honoring this great country which he was proud to serve. He served 8 years on the Liberty Township Committee from 1975 to 1982 and was a member of the Free Union United Methodist Church. Red was an avid hunter, belonging to sportsmen's camps in New York, Pennsylvania and Maine with family and friends. He especially enjoyed snowmobiling in Maine and Potter County Pennsylvania. He loved fishing on Seneca Lake in New York for lake trout, enjoying some great catches. He is survived by a sister Arlene of Racine, Wisconsin; children, Lori of Palmer Township, John and his wife Jodee of Liberty Township, and Michael and his wife Diana of Saylorsburg; grandchildren, Calvin and his wife Rosette, Mitchell, Russell, Katee, Emma and Michael; great-grandsons, Mason and Austin. His wife Johanna died in 2016. He is also fondly remembered by Johanna's children Brent Reitz and Donna Reitz and many nieces and nephews. Visitation will be held from 4-8 PM Wednesday, October 23, 2019 at the Mountain Lake Fire Company, 99 Tamarack Road, Liberty Township. Funeral services will be held 10 AM, Thursday, October 24, 2019 at the Mountain Lake Fire Company. Burial to follow in the Stewartsville Lutheran Cemetery. In lieu of flowers, donations can be made to the Mountain Lake Fire Company, 99 Tamarack Road, Belvidere, NJ 07823 or the American Legion, 122 Greenwich Street, Belvidere, NJ 07823,
To send flowers to the family or plant a tree in memory of John Inscho, please visit Tribute Store
Wednesday
23
October

Share Your Memory of
John
Upload Your Memory View All Memories
Be the first to upload a memory!
Share A Memory
Send Flowers
Plant a Tree