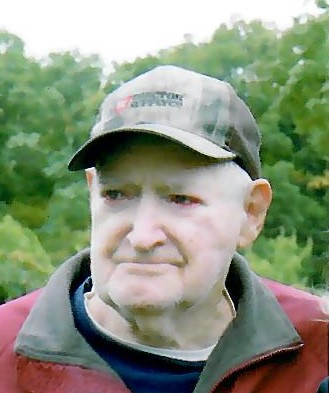 Please share a memory of Warren to include in a keepsake book for family and friends.
View Tribute Book
Warren Edward Dickison, 89 of Belvidere, NJ, passed away at his home on Tuesday, January 7, 2020. Born on June 1, 1930 in Phillipsburg, NJ, he was the son of the late John and Elizabeth Phillips Dickison. Warren had served in the Army National Guard. He was a self-employed master carpenter in the Warren County area for many years. Warren had served the Belvidere Youth Athletic Association as its president for many years. He had enjoyed fishing and cross word puzzles. In addition to his parents, Warren was predeceased by his nine siblings; William, John Ralph, Arthur, Dorothy Wildrick, Norman, Helen Smith, Fred, and George. Surviving are his companion of over 50 years, Patricia Hopkins; eight children, Sharon Hector (d. Roger), Eileen Phelan (Scott), Terry Dickison (Joan), Grace Fordham (Walter), Jean Engle (James), Robert Hopkins (Dawn), William Hopkins (Kristen), and John Hopkins; 14 grandchildren; 14 great-grandchildren; many nieces and nephews. Funeral Service will be held 12 Noon, Saturday, January 11, 2020 at MacFadden Funeral Home, 325 Hardwick Street, Belvidere, NJ. Friends may call from 11:00 AM to the time of service. Online condolences may be sent to www.MacFaddenFuneralHome.com
To send flowers to the family or plant a tree in memory of Warren Dickison, please visit Tribute Store
Saturday
11
January

Share Your Memory of
Warren
Upload Your Memory View All Memories
Be the first to upload a memory!
Share A Memory
Send Flowers
Plant a Tree