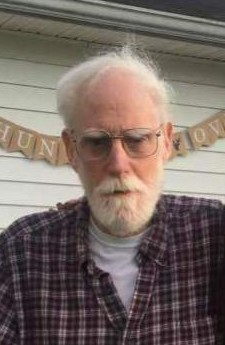 Please share a memory of John to include in a keepsake book for family and friends.
View Tribute Book
John E Murray, 71, of White Township NJ, passed away peacefully in his home Thursday, March 26, 2020. Born on August 27, 1948 in Jersey City, NJ, he was the son of the late John Murray and Alma Borrack. John was raised in Kearny NJ and graduated from Queen of Peace High School in 1966, and received his Bachelor's degree from Fairleigh Dickinson University in 1972. Mr. Murray spent 41 years as a system analysis at PSE&G. John was a loving husband, father, and grandfather. John was predeceased by the love of his life of 41 years Judith Reggiani Murray; a brother, Robert Murray. Surviving are his five children, Shannon Pettinelli and her husband Dominic, Eric Murray, Jennifer Wyant and her husband Jason, Chad Murray, and Joshua Murray; eight grandchildren, Tyler, Sophia, Jack, Jordyn, Nicholas, Isabella, Bryce, and Mickey; a brother, Frank Murray. In lieu of flowers, donations can be made to the Michael J. Fox Foundation in hopes to find a cure for Parkinson's.
To plant a beautiful memorial tree in memory of John Murray, please visit our Tree Store

Share Your Memory of
John
Upload Your Memory View All Memories
Be the first to upload a memory!
Share A Memory
Plant a Tree