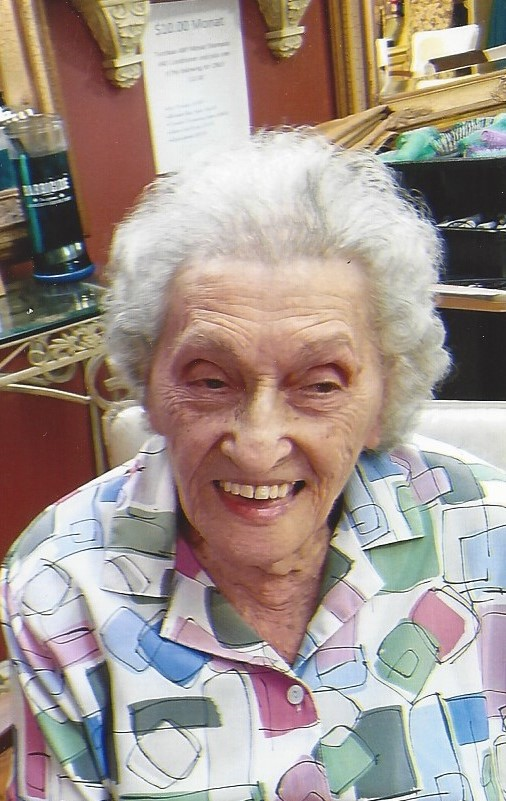 Please share a memory of Cecilia to include in a keepsake book for family and friends.
View Tribute Book
Cecilia Bogner of White Township, NJ, passed away peacefully on April 6, 2020 at age 100. She was born on August 22, 1919 in Iselin, PA to the late John Miller and Mary Baraneska. She worked as a cleaning woman for a number of years and progressed to becoming a supervisor of cleaning women at a number of office buildings in New York City. At one of these buildings, she met Richard Nixon when he was working at a law firm prior to his nomination and election to President of the United States in 1968. Cecilia was blessed in many ways. She married her husband Karl in 1940 and raised two children. Although there were financial struggles in her early married life, she was able to save enough money to purchase a lovely home on Staten Island where she lived for over thirty years. Following her husband's death in 1988, she continued to live in her home in New York until 1996 when she purchased a home in a retirement community and moved to New Jersey. She maintained good health and continued to live in her New Jersey home until her death from natural causes. Her final blessing was that her death was peaceful, in her normal environment and not as a result of sickness or suffering. Cecilia is survived by her daughter Clara Grosso and husband John Grosso; and her son Carl and his wife Michele.
To plant a beautiful memorial tree in memory of Cecilia Bogner, please visit our Tree Store

Share Your Memory of
Cecilia
Upload Your Memory View All Memories
Be the first to upload a memory!
Share A Memory
Plant a Tree