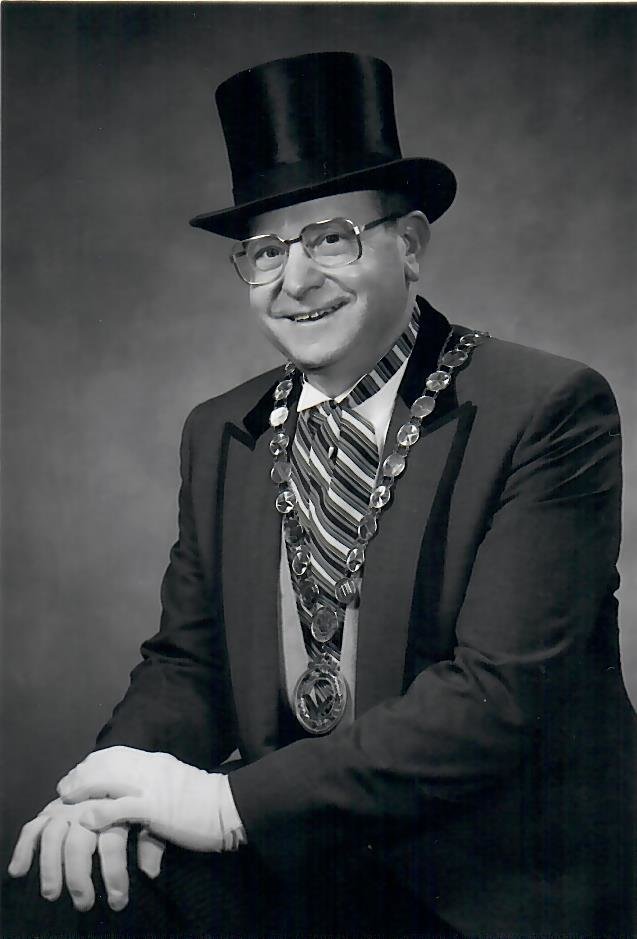 Robert (Bob) E. Feilbach, 88, longtime resident of Broadway and former owner of Feilbach’s Welding, peacefully crossed over to be with the Great Architect surrounded by his family during the early hours of Monday, September 21, 2020. Robert was born in Bethlehem, PA on January 9, 1932.  He served his country as an Air Force Pilot during the Korean Conflict earning a Purple Heart for his bravery and service to our country.  Robert then spent the remainder of his working life in welding and fabrication, known far and wide for his outstanding service and craftsmanship.

Robert, a lifetime member of the Valley of Central Jersey, honorary member of the Supreme Council 33rd degree Ancient Accepted Scottish Rite (August 29, 1989), Master Mason, and longtime member of Crescent Shrine believed in living a life of service, striving to be the best father, husband, grandfather, uncle, and masonic brother possible.  Robert was awarded lifetime membership of Mansfield Lodge #36 Free and Accepted Masons. He was initiated into masonry on February 4, passed on March 4 and raised on April 1 all in the year 1965.  He earned his fifty-five year pin in June 2019. Robert served his local lodge as Worshipful Master in 1972 and became District Deputy Grand Master of the First District, State of New Jersey in 1975, then, eventually serving as Most Worshipful Master from May 1, 1984 to April 30, 1985. Robert was also a Master of the Grand Cross of Color and an honorary member of the Council of Demolay.

Robert embodied the life of the craft. He was a member of the Greenstone United Methodist Church in Washington, NJ. He had a strong belief in God and was a humble man of good character who lived with integrity.  Bob strived to live a life in which he would always be happy and proud of “The Man in the Glass”.  His service to not only his country, but to his brothers and his community will never be forgotten.  Robert earned the Shrine-Masonic award in 1984 for his outstanding work to better masonic relations between Masonic Brothers and the Shrine.

In addition to his masonic duties, Robert also served as Assistant Scout Masterof the Boy Scouts of America during the years that his son Jim was a scout.

The Feilbach family would like to extend their deepest and sincerest thanks to Eileen Smith Letsak, a family friend and loving caretaker of Robert and all the wonderful staff of Ennoble Living for their unwavering support and attentiveness during Robert’s final days at home.

Please be considerate of COVID – 19 precautions by wearing a mask and being mindful of social distancing rules.

To send flowers to the family or plant a tree in memory of Robert Feilbach, please visit Tribute Store
Friday
25
September

Share Your Memory of
Robert
Upload Your Memory View All Memories
Be the first to upload a memory!
Share A Memory
Send Flowers
Plant a Tree