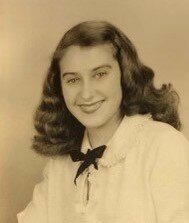 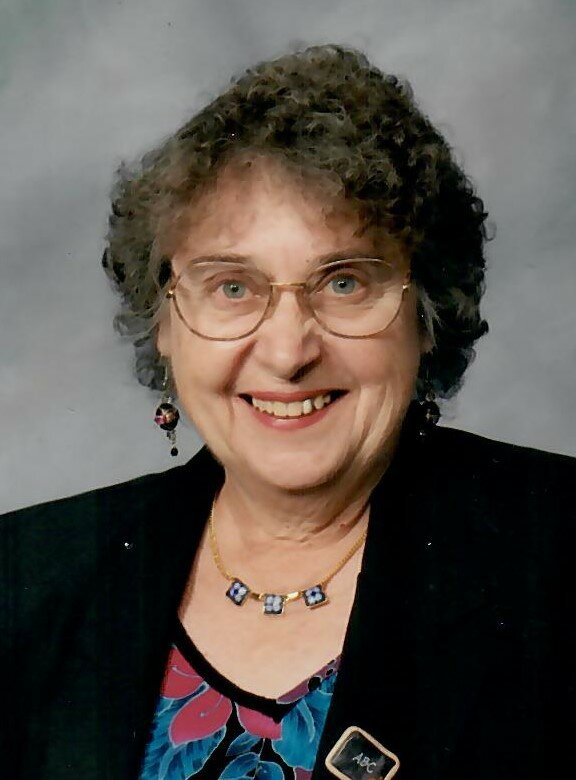 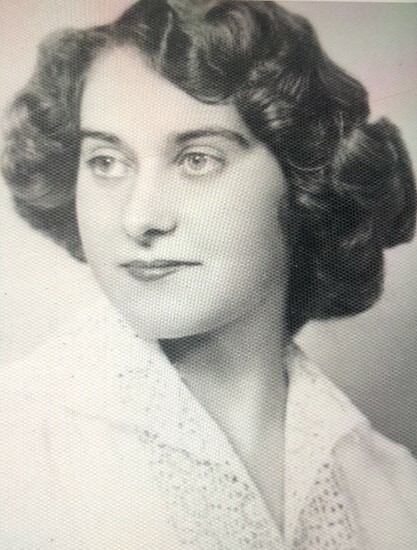 Please share a memory of Mary to include in a keepsake book for family and friends.
View Tribute Book

Mary C. Weighorst Warden age 91 of Stroudsburg, PA, passed away after a short illness and entered eternal life on Ash Wednesday, March 2, 2022.  We give thanks to God for her 91 years of life, and her faith in Christ.

Mary was a spirited, irrepressible and tireless women inside her four (4) foot and eleven (11) and one-half (1/2) inch frame.   She loved the children in her classrooms and libraries, and she loved people, community involvement and getting worthwhile things done.

She came into this world on February 10, 1931, in Easton, Pennsylvania, during the Great Depression. Mary was the daughter of John and Evelyn Kitchen Weighorst, late, of Belvidere, NJ and preceded in death by her sister, Jane Weighorst Ott, late of Belvidere, NJ.  Her life began in Phillipsburg, NJ and early in her life, her mother, father and sister Jane moved to the farm in Belvidere.  A farm that she loved, Mary still owns her childhood farm with her nephew H. Berkley Ott of Belvidere.

Life was difficult for many families during the Great Depression and during World War II, her father John Weighorst was a talented and renowned silk designer until the silk mills shuttered their doors in Phillipsburg, NJ.  Along with her father John and her sister Jane, they raised commercial produce and champion Cheviot sheep on the Belvidere farm. During the Great Depression and during World War II the Weighorst family supplied many families in Phillipsburg, NJ with the food that kept then fed. Mary was involved with Four-H and FFA (Future Farms of America) and drove the farm tractors at an age when most children still had training wheels on their bicycles.

In 1948, Mary graduated from Belvidere High School at the age of sixteen (16), second in her class becoming the class Salutatorian.  She attended Trenton State College, graduating in 1952 with a Teaching Degree.  Mary became an Elementary classroom teacher in Blairstown, NJ.   While teaching full time she earned a master’s degree in School Administration from Rutgers University at the Newark New Jersey Campus.   She married Robert K. Warden who at the time was a teacher at the High School in Blairstown, late, of Princeton, NJ.  Mary and Robert were married for thirty-two (32) years.  In 1958, they began a family and in 1959 they moved to Cherry Valley, Stroudsburg PA to the house in which she lived until her passing.  Mary and Robert became members of Cherry Valley Methodist Church and then the United Church of Christ in Stroudsburg, East Stroudsburg Methodist Church and then Mary returned to Cherry Valley Methodist Church thirty-(30) years ago.

Mary took time out from teaching to raise her family in the 1960’s and in the early 1970’s and was involved in many community organizations:  AAUW (American Association of University Women), Four-H, Quiet Valley Living Historical Farm, and various historical groups.  Summer trips with the family usually included many museums and battlefields. We all learned the names of many constellations and stars; she looked forward to eclipses and other celestial events.  She joined the Pocono Rally Club and ran many car road rallies with her seven (7) year old son as her navigator. Mary raised sheep and had an enormous vegetable garden in Cherry Valley.

When Mary decided to return to the classroom, she took a different path, she returned to college in classes with students fifteen (15) years her junior she received her master’s degree in library science from Kutztown University. Mary became the elementary librarian in the Stroudsburg School District in Hamilton, Clearview and Arlington schools and eventually also in B F Morey and Ramsey schools.  She held these positions for seventeen (17) years.  Then the Phillipsburg Area School District offered Mary an elementary librarian position where she taught for another twenty-six (26) years. Mary was a member of Delta Kappa Gamma International of New Jersey; a professional honorary Society of women educators that promotes professional and personal growth of women educators and excellence in education. She was a passionate, enthusiastic, dedicated educator, in her career, which spanned a total of forty-nine (49) years. The love of education was instilled in Mary by her mother Evelyn Weighorst who was the principal of the Harmony Elementary School in Harmony, NJ. In retirement, Mary spent many hours on her back porch in the sun reading the books on her reading list that she never had time to read when she was working or visiting with friends or working in her gardens.    Mary did not think that she was special at all but the 1000’s of students in her classrooms over the forty-nine (49) years of teaching would beg to differ with her.

Mary enjoyed tractor shows and tractor pulls. Was an ardent supporter and fan of the Philadelphia Eagles, NASCAR, and Indy car racing from the opening of Pocono Raceway International.  The family took trips to Watkins Glen for the formula one races.

Mary loved America; some of her friends and classmates had paid the ultimate price.  Mary served as the Republican Committeewoman for Southern Hamilton Township for a total of forty-seven (47) years and she was active in the political process on national, state and local levels.  In September of 1963, she took her son and daughter to Milford, PA to see President John F. Kennedy dedicate the Gary Towers National Historic Site only two (2) months before his death. Governor Tom Wolf inducted Mary into the “Commonwealth of Pennsylvania Voter Hall of Fame'' for having voted consecutively at every November Election for the last fifty- (50) years and for having demonstrated a commitment to Democracy.

Mary was proud of her Danish and German heritage, her family were goldsmiths and silversmiths since the Middle Ages in Denmark, the Weighorsts’ having the family shop for hundreds of years in the same location in the Village of Preetz (former Denmark and now Germany).  Her family did the gilt work on the Church ``Saint Martins in the Field” during its construction in central London England and they returned to Preetz after the construction was completed in the 1700’s.

Two (2) of her fondest trips were to England when she saw “Saint Martins in the Field '' and her trip to Italy with her retired teacher friend in which they spent five (5) weeks in Italy.

Mary is lovingly remembered by her devoted family; son George J. Warden and his wife Sharon Yaszewski Warden of Stroudsburg, her daughter Lisa Warden of Butte MT, nephew H. Berkly Ott and his wife Mary of Belvidere and beloved nieces, nephews and
many relatives. Mother had an infectious, playful charm, ferocious drive and boundless energy that are still hard to fathom.

A Visitation at 10:00 am with a Service to follow at 11:00 am in the sanctuary on Saturday, March 12, 2022 at Cherry Valley United Methodist Church, 1238 Kemmertown Road, Stroudsburg, PA.  18360. Interment will take place on Monday, March 14, 2022 at the Belvidere Cemetery on Oxford Street, Belvidere New Jersey all are welcome.

To send flowers to the family or plant a tree in memory of Mary Warden, please visit Tribute Store
Saturday
12
March

Share Your Memory of
Mary
Upload Your Memory View All Memories
Be the first to upload a memory!
Share A Memory
Send Flowers
Plant a Tree