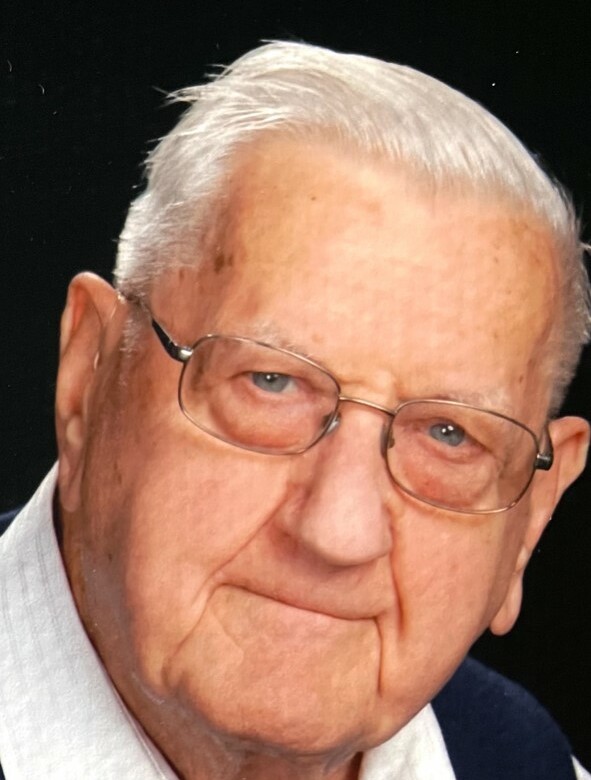 Please share a memory of Stanton to include in a keepsake book for family and friends.
View Tribute Book

Born in 1924 in Phillipsburg, New Jersey, he was a son of Joseph B. and Mary G. (nee Pope) Sykes.  He attended Phillipsburg High School, graduating in 1942, and enlisted in the United States Army in 1943.  After scoring well on an aptitude test, he was recruited into the Army Specialized Training Program and took pre-med courses at the University of Illinois Urbana/Champagne.  It was there he met his future wife, Audrey Benedict, in 1945, whom he married in 1946.  He completed his first two years of medical school at the University of North Dakota in Grand Forks, then received an M.D. degree from Temple University School of Medicine in 1948.  He completed internship and residency programs in Indiana, Ohio, and Pennsylvania, and worked briefly as a physician at Standard Oil in Linden, New Jersey.  In 1951, he was called back to serve as a physician for two years in Allied-occupied Germany.  He was one of 15 doctors who, along with other Army personnel, established the 320th General Hospital in Landstuhl, Germany, which later became the renowned Landstuhl Regional Medical Center.  He was honorably discharged in 1953, attaining the rank of Captain.  After returning to the States, he and his wife moved to Belvidere, New Jersey.

Upon moving to Belvidere in 1954, Stanton opened his private medical practice, which he maintained until the 1990’s.  He resided in Belvidere with his wife of 75 years, Audrey Sykes, for his remaining years.  Over the years, he made numerous house calls in Belvidere and the surrounding area.  He assisted in bringing many newborns into the world, often in their own homes.  He was on the staff at Warren Hospital in Phillipsburg, where he served as president of the medical staff and also as chairman of the Division of Family Practice; was the Medical Director of Warren Haven nursing home for 36 years, which was especially dear to his heart; served as the school physician for the Belvidere School District for over 30 years; and was the plant physician at the Hoffmann-LaRoche facility in Belvidere for a number of years.  He served his community well for over 40 years.

An advocate of education, Stanton assisted other physicians through the Family Practice Resident Training Program; taught CPR classes for the American Heart Association at various locations in Warren County; and enjoyed hosting international students for many years as a member of the Belvidere Rotary Club.

Stanton was a member of The Society of the Sigma Xi, the Scientific Research Honor Society; a life member of the American Academy of Family Physicians; a Diplomate of the American Board of Family Practice; and a long-time member of the Warren County Medical Society, where he also served as president.  He received an In Home Care Award from the Center for Home Health Development in 1991, and a Community Service Award from the Belvidere Lions Club in 2001.

In addition to medicine, Stanton had numerous other interests.  He was a long-time member of the United Presbyterian Church, where he was an Elder.  He loved music and poetry, and had a true gift with words.  He was known for his wit and his dry sense of humor. A clever rhymer and keen observer, he wrote wonderful verses about his life experiences, family members, and friends, which he delighted in sharing with them.  He loved traveling and took many lovely pictures of trips he made with his wife and family, which he enjoyed presenting in slide shows.  He also enjoyed spending time at his summer cottage in the Poconos, and working on various projects around his home.

Stanton is survived by a daughter, Stephanie Ann Sykes Stover and husband, Gerald, of Bethlehem, PA; a son, Jeffrey Stanton Sykes, M.D., of Sergeant Bluff, Iowa; and three grandchildren, Elizabeth Sykes, Andrew Sykes, and Katie Sykes.  He was predeceased by his wife, Audrey Benedict Sykes; a sister, Anne Sykes Wright; and a brother, Charles William Sykes.  He will be deeply missed by his family and friends.

Online condolences may be sent to www.MacFaddenFuneralHome.com .

A joint memorial service for Stanton and his wife, Audrey, who passed away on December 31, 2021, will be held at the United Presbyterian Church, Belvidere, New Jersey at 11:00 a.m. on Saturday, May 21, 2022.  In lieu of flowers, contributions in Stanton’s memory may be made to:

To send flowers to the family or plant a tree in memory of Stanton Sykes, M.D., please visit Tribute Store
Saturday
21
May

Share Your Memory of
Stanton
Upload Your Memory View All Memories
Be the first to upload a memory!
Share A Memory
Send Flowers
Plant a Tree