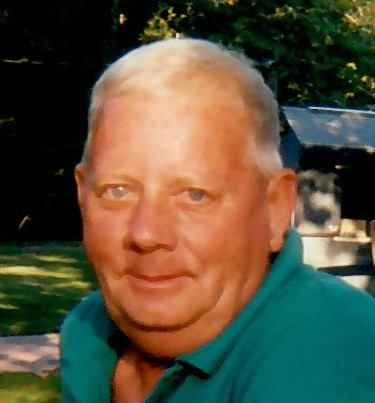 Please share a memory of George to include in a keepsake book for family and friends.
View Tribute Book
George William Wiedman, Jr., 81, of Mt. Bethel, PA, passed away peacefully on Saturday, July 6, 2019 at his home with his loving family at his side. Born on March 18, 1938 in Kearny, NJ, he was the son of the late George and Jean Van Houten Wiedman. George was raised in Belvidere, NJ. For most of his adult life, he lived in Lebanon Township, NJ where he built his family home and raised his family until retiring to Mt. Bethel, PA in 2003. George graduated from Belvidere High School in 1958. After high school, he enlisted in the New Jersey Army National Guard and served as a Sergeant for eight years in Co. B 3rd 59th Armor, Hackettstown, NJ. George married his wife of 54 years, Doris (Trimmer) on June 5, 1965. He followed in his grandfather's footsteps and worked in the construction industry for 46 years as a mason/bricklayer for NJ Bricklayers and Allied Craftworkers Union Local #4. He not only took pride in his work, but truly relished the friends he had made during his time in his business. George was an avid antiques collector, especially anything related to dairy. He loved boating and spent many of his early years racing boats, then later in life sharing his love of boating with his family on the family property on the Delaware River. George had a rich and full life but the part he loved the most was his family. He will truly be missed by all of his family and everyone who knew him. In addition to his parents, George was predeceased by his sisters, Jean Kinney and Lois Henderson. Surviving in addition to his wife Doris are five children, Valerie (Wayne) Woolf of Bloomsbury, NJ, George Scott (Jill) Wiedman of Mt. Bethel, PA, Douglas Wiedman of Washington, NJ, Bradley (Heather) Wiedman of Long Valley, NJ, Heidi (Kevin) Snyder of Carmel, IN; nine grandchildren, Brandon Woolf, Danielle Woolf, Amanda Wiedman, Cara Wiedman, Ian Snyder, Paul Vanderbilt, Christopher Vanderbilt, Amber Mayberry, Kayla Vanderbilt; four great-grandchildren, Cayden, Mya, Nora and Isaiah; many close friends. Funeral Service with Military Honors will be held 5:00 PM Friday, July 12, 2019 at MacFadden Funeral Home, 325 Hardwick Street, Belvidere, NJ. Family and friends may call from 2:00 PM to the time of service at the funeral home. Online condolences are to be sent to www.MacFaddenFuneralHome.com In lieu of flowers, contributions are requested to be made in his memory to American Parkinson Disease Association, P.O. Box 214, Elizabeth, NJ 07207.
To send flowers to the family or plant a tree in memory of George Wiedman, please visit Tribute Store
Friday
12
July

Share Your Memory of
George
Upload Your Memory View All Memories
Be the first to upload a memory!
Share A Memory
Send Flowers
Plant a Tree