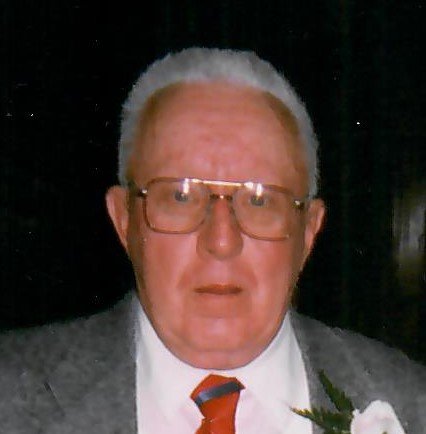 Please share a memory of William to include in a keepsake book for family and friends.
View Tribute Book

Born on June 29, 1926 in Newark, NJ, he was the son of the late Arthur and Gertrude (Schumann) Adelmann.

William graduated from West Side High School in Newark as Valedictorian in 1944 and attended Virginia Military Institute. During WWII he served with the Army Air Corps Medics. He graduated from Rutgers College of Pharmacy then studied at Rutgers Bureau of Biological Research, receiving his Ph.D. in Physiology and Biochemistry.  He was the Chief Pharmacist at Muhlenberg Hospital in Plainfield, NJ until his retirement.

In addition to his parents, William was predeceased by his loving wife Edith; son, Roy; sister, Eleanor; brothers, Arthur and Ralph.

Services are private under the direction of MacFadden Funeral Home, Belvidere, NJ.

To plant a beautiful memorial tree in memory of William Adelmann, please visit our Tree Store

Share Your Memory of
William
Upload Your Memory View All Memories
Be the first to upload a memory!
Share A Memory
Plant a Tree