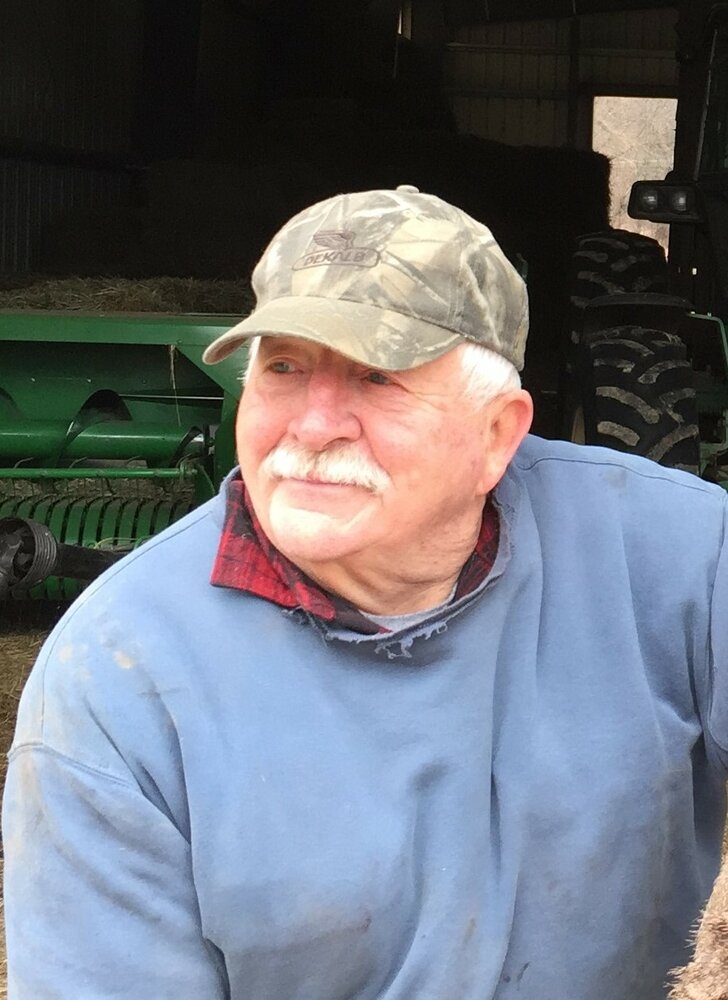 Please share a memory of Frank to include in a keepsake book for family and friends.
View Tribute Book

Frank Demeter, 87, of White Township, New Jersey passed away peacefully on December 30, 2022 at Muhlenberg Hospital in Bethlehem, Pennsylvania surrounded by his loving family.

Frank was born in Union, New Jersey on June 14, 1935 to the late Frank and Elizabeth (Hoffman) Demeter. In 1943, Frank and his family moved to Lone Maple Farm in White Township. He and his wife Ellen (Mackey) Johnson-Demeter had their wedding anniversary on December 30th.

Frank graduated from Belvidere High School in 1953. He was a member of the Belvidere FFA and received the American Farmer Degree. He was a true steward of the land and was a farmer all his life. Frank was an avid outdoorsman and a lifetime member of the NRA. Frank served on the White Township Planning Board for almost two decades as well as on the township’s Agricultural Board. He was also a member of the NJ Farm Bureau.

A selfless and compassionate man, Frank lent much of his time to others, teaching valuable lessons, instilling goodness, and forming friendships across generations. He enjoyed travelling within the United States and abroad.

Frank is also survived by his sister Betty Jane (and David) Newhouse of Belvidere, NJ and her children Betty Jean and David, Jr. and by his brother Richard (and Emily) of Bath, PA and his children Richard II, Daniel, Patrick, Timothy and Frank.

Share Your Memory of
Frank
Upload Your Memory View All Memories
Be the first to upload a memory!
Share A Memory
Plant a Tree